Doormats are Great for Defending Your Home Against Dirty Shoes! 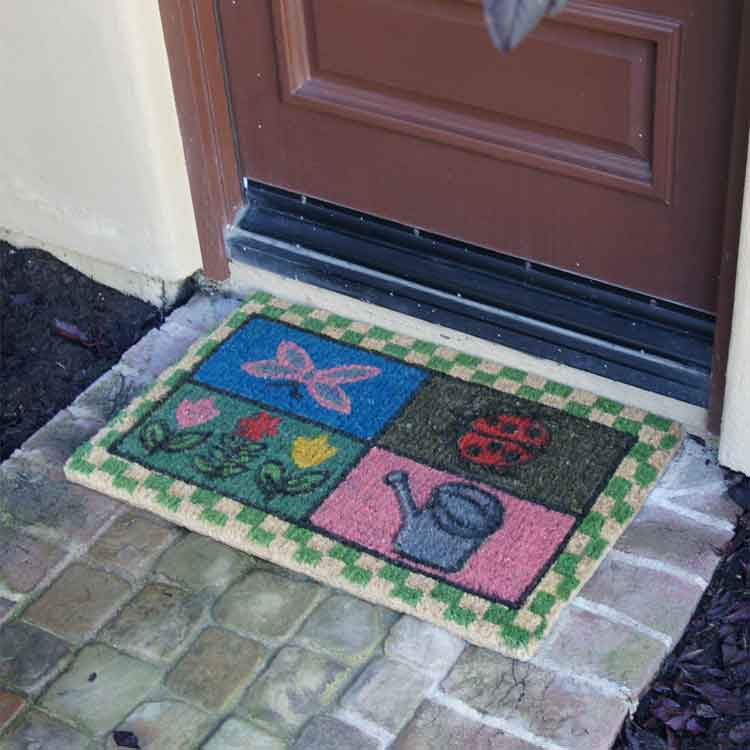 What is your household’s policy on residents and visitors: shoes or no shoes? While it is not much of a heated topic to the point of being called a debate, it is certainly something that can cause the occasional annoyed glance from guests and hosts alike. Hosts of no-shoes-policy homes certainly wince at the idea of guests tracking in mud, gum, and who knows what other kinds of city sidewalk trash. To them, the only clean home is a shoe-less home! On the other side, guests may argue that they don’t like baring their feet, especially on cold hardwood floors or tiles. Or they may argue that they have meticulously matched their shoes to their outfit, and the old slippers you offer simply don’t match!

Advocates of the shoes-on side may be disappointed to learn that scientific studies have shown that the majority of household lead dust is tracked in on the bottoms of shoes. Study results were compiled in a convenient and easy to read report. This report, which was appropriately called “Leave It At the Door,” was conducted by the University of Georgia Extension, and explains how 30 to 40% of household dust is brought in from the outdoors. This mixed outdoor dust and debris can include all sorts of things, including pollens, dander, and other allergens. “Leave It At the Door” accepts the fact that shoes are not going stay at the front door. Rather, a doormat is recommended as a way to reduce tracked in dirt. Doormats can be used for indoor or outdoor areas and are especially effective when placed in commercial locations.

The report, which can be found here “http://128.192.32.202/ext/pubs/hace/HACE-E-81.pdf”, provides simple steps that can help improve the health of your home and reduce the time spent cleaning. On this list, the very FIRST step is to place a doormat outside every exterior door. There has to be a reason why that step comes first! The report goes into further detail, specifying what types of doormats are best. The first line of defense, they say, is a boot scraper mat that has a rough and abrasive top to strip most of the dirt away. Then, an interior absorbent doormat can remove any remaining particles, as well as dry shoes that may have gotten wet outside. The last step, they say, is to entirely remove shoes and leave them at the door in order to minimize further tracking in of dirt. When doormats are used AND shoes were removed, lead dust and dirt contaminants were reduced by 60%! Of course, some guests still may not like this, but even if they don’t agree to remove their shoes… just think, by placing doormats at the entrance, you may have reduced up to half of the outside dirt and debris that they could have otherwise been tracked into your lovely home!