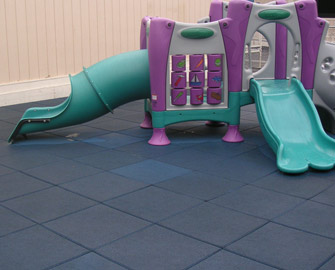 Today, rubber is one of the most popular and ubiquitous materials on the planet…you can literally find rubber everywhere, just look around you! The rise of synthetic rubber compounds has brought grand success to rubber manufacturers who sell their goods to all types of outlets: shoes, cars, and countless industrial companies. Looking at the success of the rubber industry today, you probably would never imagine that, at one point in history, it was on the brink of failure…but that’s exactly the case! Rubber mat manufacturers around the world and rubber matting suppliers who distribute their goods all owe a debt of gratitude to the automotive industry, especially to Ford!

Rubber manufacturing actually began as rubber processing—that’s right, straight from the natural rubber tree, Hevea Brasiliensis. This natural latex-producing tree first flourished in South America and eventually moved to Asia when small plantations were started in the East. Eastern temperatures and farming methods proved to be perfect conditions and the rubber plantations thrived. Hoping to parallel their success, automobile mogul Henry Ford took his plans down south and decided to set up his own rubber plantations in South America. He bought a very large plot of land along the Amazon that was about the size of Vermont, and named it Fordlandia, after himself and his growing company. Around this time, Ford’s famous Model T automobile had boomed in popularity. Naturally, the laws of economics meant that with the popularity of the car came a high demand for the rubber that was used to make the tires. 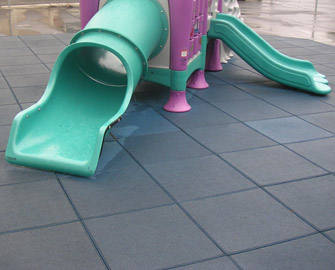 Fordlandia was founded to be a little American mini-colony, complete with wicker furniture and hamburger cafeteria lunches. Native workers that were employed by Ford received generous wages, but were forced to conform to American customs. At first, this was bearable—they anticipated the success of the colony, which would in turn mean higher wages for them. For a while, it seemed like Ford’s production paradise on the Amazon was going to be the next giant among all the world’s rubber suppliers. And the seeds were sown for the modern day “Black Rubber Mats” in more ways than one!

However, Henry Ford had forgotten a few major things when planning his rubber colony. He neglected basic regional botany, and never even visited the area to check up on the status of his land. It wasn’t long before workers began to realize that the rubber trees he had planted were dying before they even emerged from the ground. The few that did outgrow the harsh soil were met with leaf blight, and quickly died of disease and overcrowding. In addition, the hired local workers did not appreciate the forced adaptation of Ford’s American culture upon their homelands. This was not the first time that Henry Ford had erred in an ethnocentric or xenophobic ways. These mistakes cost Ford greatly, and his imagined Fordlandia soon fell into despair. Unsuccessful crops, dying trees, and unhappy workers were only the beginning of the story. Soon it became malaria outbreaks and mutiny. Ford was forced to shut down Fordlandia and sell the land back to the Brazilian government, losing millions of dollars in the process. No recovery was ever made, and to this day Fordlandia remains a ground of ruins, popular only as a mysterious and intriguing tourist stop on river tours of the Amazon. Out of these ruins came the great 20th century automotive revolution which increased the demand for rubber tires and the black rubber mats for cars. Though Fordlandia did not satiate this demand, South-East Asian rubber plantations as well as other South American rubber regions began to propagate the tire revolution. Turn the clock 50 to 75 years forward and the rubber matting suppliers of today can point to the large piles of used tires in their regional landfills as the source for cheap material supply. With American rubber mat manufacturers getting excellent subsidies from state funds to recycle tires, the “Black Rubber Mats” made from recycled tire crumb are now found in homes and commercial locations everywhere!